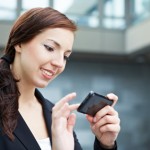 Already available via other mobile platforms including Windows Phone and Surface, Microsoft’s Office suite now promises an iOS version for download in the coming days. But it will only be available on a subscription basis, so if you’re using Office 2010 or Office 2013, you’re out of luck.

Following months of rumour, the software giant has announced the arrival of Office 365 to your iPhone or iPad. Designed for iOS devices, the app they call Office Mobile, is already available via Apple’s US App Store and is expected to arrive in the UK and 136 other countries from 18th June.

Office Mobile allows users to open, edit, save and share documents created in Word, Excel and PowerPoint regardless of their location. Content and formatting remains intact whether it’s an iPhone, iPad or PC you’re viewing them on and files are available in the cloud.

To save time, the app remembers the last edit point of a document when it is shut down. PowerPoint is navigated using the Slide Navigator function and Word and Excel pages can also be modified and shared via SkyDrive or SkyDrive Pro.

But what about a straight iPad version?

For Office 365 subscribers, Office Mobile will be a free download from the App Store. The app requires a subscription to Office 365, which can be purchased through the app itself if you do not already have one. Microsoft also offers a 30-day trial to allow newcomers to test drive the service.

But come on Microsoft and Apple – after collaborating successfully on an iOS connection for Exchange and now mobile access to Office 365, can’t you also just give it to us straight – a local iPad version of Office for those of us that don’t want to be messing around in the cloud?