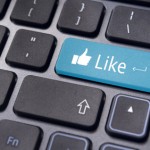 If you think social networking is something your business can afford to take or leave, think again. As social media becomes an increasingly powerful marketing channel, a recent report has estimated that a like on Facebook equates to a value of £112.25 to your brand.

Social Intelligence company, Syncapse, produced the study, claims that the current value represents a rise of 28 per cent since 2010. The Value of a Facebook Fan in 2013: Revisiting Consumer Brand Currency in Social Marketing surveyed more than 2,000 Facebook users who have liked a brand, factoring product spending, spending, brand affinity, propensity to recommend, loyalty and media value into the survey to arrive at this figure.

The survey concludes that those who like a company on Facebook spend more money on these brands, despite not having an income any higher than those who don’t.

It claims that “the increase in average fan value is driven by fans’ tendencies to be super consumers. Not only do they tend to be brand users first, they spend more, engage more, advocate more and are more loyal.”

Facebook fans of a brand are 11 per cent more likely to stay loyal to it than non-fans and are 18 per cent more satisfied with the brand overall. They will share their good experiences, so giving them opportunities to become interactive and voice their opinions will pay dividends.

About the Author
An experienced graphic designer, Tracey specialises in creating beautiful websites and campaigns for IT support companies.
Social Share