Lessons in marketing from The Apprentice 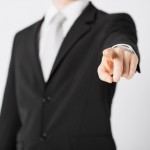 I’m not sure The Apprentice always lives up to its reputation as a hard-hitting show about the realities of business life – but I confess to being a fan.

As the head of a web marketing agency, I understand the need for reality TV shows to balance authenticity with entertainment. But as a company boss it frustrates me to see a study of key business principles watered down with gimmicky scripts and creative editing.

Is it just me or are Lord Sugar’s boardroom sound bites growing cornier and less spontaneous with every series that passes? And why do the candidates continue to allow the production team to cajole and stage manage them until their ludicrous on-screen personas of delusional droids spouting endless business clichés and nonsensical metaphors are perfectly formed? After all, they often seem pretty normal when you watch them interviewed on the aftershow.

The importance of being true to a theme

But what I found most frustrating in the latest episode was a mistake we sometimes witness when clients try to elaborate their own marketing messages – an inability to stick to the point.

This week, the teams were challenged to organise a company ‘away day’ and each was asked to come up with a suitable theme for its team-building activities. One opted for ‘the army’ whilst the other chose a ‘back to school’ theme. In fact, if you ignore the inclusion of comedy sumo wrestling suits, the team that chose the military theme carried it off fairly well. That said, persisting with the sumo costumes was a great example of how an idea that comes up quite legitimately in the context of one thought process can then be crowbarred into a different scenario where it simply doesn’t fit.

But searching for a connection between a Japanese national sport and army life may start to seem a little easier when you hear what the other team did with its ‘back to school’ theme. Making cupcakes was the first activity this group linked tenuously to the idea of education. I wonder if the fact that one of the candidates runs her own cake making company was merely a coincidence, or are their overriding memories of school life really centred around icing? Then they stepped it up a gear and decided to host a wine tasting activity, complete with pink flamingos and flame lamps.

Nobody questioned these choices – apart from the delegates sent down from Lastminute.com to attend this motivational day, of course. As these business people stood in a mocked up wine bar, a fairy cake in one hand and a Chardonnay in the other trying to think back to their own school days, they looked more like a team of delegates from Confused.com.

And therein lies the problem. If you are going to work with a theme, you need to remain true to it.

A strong concept or identity can act as a metaphor to help communicate the essence of your email marketing campaign. It can provide the glue that binds together the imagery in your website’s home page banners. But, wander off message, and you’ll leave your audience confused. Embracing a central theme is a great way to keep a marketing campaign on track and make it memorable. But never promise your reader one thing and deliver something different because the impact of your message will always be undermined.

DID YOU KNOW…?
The French phrase ‘tiré par les cheveux’ translates into English as ‘far-fetched’ or ‘contrived’ although literally it means ‘pulled by the hair’. This expression seems to sum up perfectly the risks of wandering off message, providing a strong visual image of something being forced into a position where it does not belong whilst also conveying the pain and suffering caused to competent marketing people by doing so.